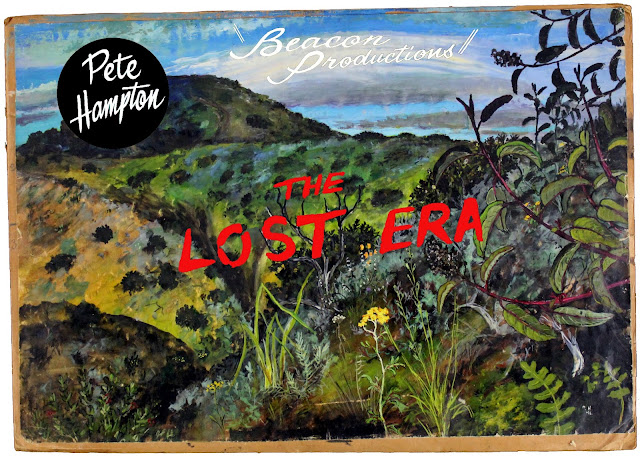 Story Six: The Anise Fields
Story Seven: Was It A Dream?
Afterward: The Vectors of Providence

More about Pete Hampton and how this came to be: The Lost Canyon Project Blog

Introduction
Who was Peter Wade Hampton? What did he do?
The short answers are that Pete was a wildly eccentric, some would say ‘mad’ artist. He was a painter of nature, and most of his work was done to save the Puente Hills in Whittier, and La Habra Heights, California. I believe he was a genius. 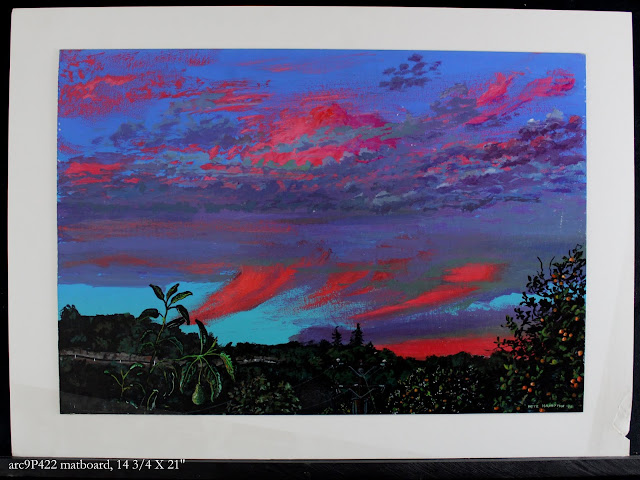 I met Pete in August of 1963 when my family traveled from Michigan to La Habra to spend most of the summer with close friends, who had recently moved there. I had just turned eleven. Pete was twenty three years old. Pete was the neighborhood character. Many of the adults believed he was mildly retarded. Nothing could be further from the case.
We left the bitter Michigan winters behind, and moved to La Habra that December. Pete and I became friends. He used to terrorize us kids with some of the stories and pictures that will appear in the Lost Era Transcripts.
Pete Hampton’s life was a mission.  As a child he saw this agricultural corner of Southern California give way to the post WWII housing boom.
Miles of wilderness and grove land fell to the endless sprawl of non-descript towns and tract housing that exists today. Pete was determined to save the remaining hills from development.

To accomplish this mission he created thousands of paintings of the life and countryside that he grew up with. He created slide shows of his paintings to tell the stories of his youth, enhancing the illustrated narratives with sound effects, and his odd home-made music. He even invented a smell machine to re-create the experience of actually being up in the hills. 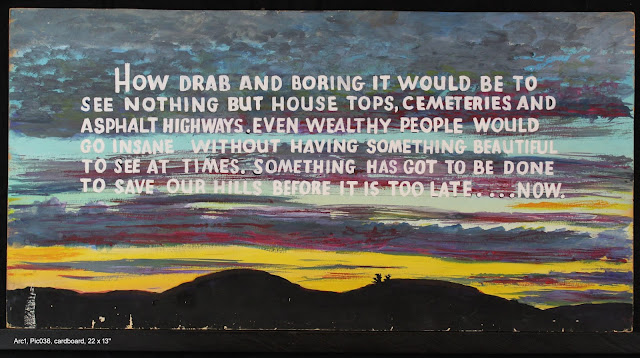 Pete believed that people would see his shows, realize what beauty existed just beyond their back yards, and be inspired to join him in his crusade. When I met Pete he was just completing his magnum opus, “A Hike to My Hut in The Lost Canyon” later known as “The Lost Canyon Trip”. He put on the slide show first in his parents’ garage, and later in the auditorium of the nearby elementary school. 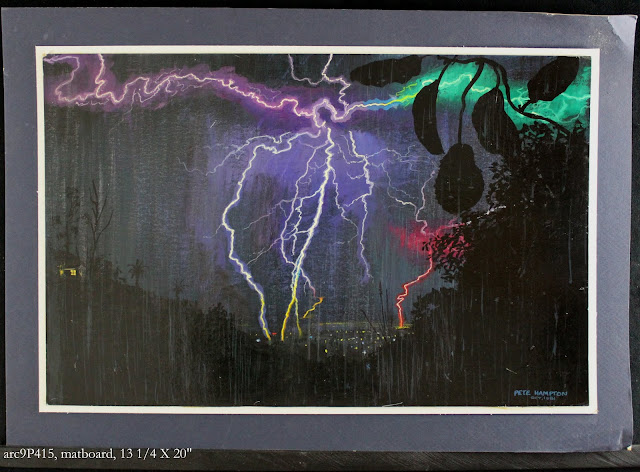 He raised money for the show by selling his paintings door-to-door throughout La Habra, and La Habra Heights. I spent many summer afternoons with Pete tramping the narrow streets in the Heights, and knocking on doors.
From the mid 1960’s through the late 1970’s he showed The Lost Canyon Trip dozens of times, in many small venues, including the legendary Mystic Arts World Gallery in Laguna Beach, and The Golden Bear in Huntington Beach. Guys like Jimi Hendrix, and Jim Morrison played at the Bear.

Pete showed a single-minded determination for promoting his work. In the folio containing his notebooks were dozens of letters to newspapers, radio stations, businessmen, celebrities and weather forecasters.
Many people, including artist Dion Wright, one the founders of the Laguna Beach Sawdust Festival, were profoundly impressed with Pete’s talent and his work. 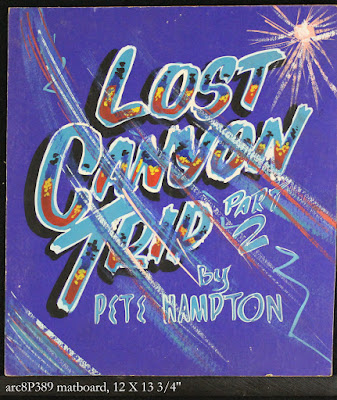 Pete was a firm believer in his own talent. He believed that one day he would become as well-known as his hero Walt Disney. He was certain that one day he would be discovered, and take his place among great artists like Van Gogh.
It never happened.
By the late 1970’s failed relationships with women, and Pete’s dependence on alcohol were beginning to take their toll. I lost contact with Pete sometime in the late 1990’s. The story of how I reconnected with Pete in the last year of his life is chronicled in the concluding essay, The Vectors of Providence.

The Lost Era slide show was begun in 1961, but never completed. These paintings and writings were in storage for decades.
After Pete died, I took on the task of cataloguing  what remained of his work. In doing so, I found hundreds of Lost Era paintings, along with hand written note books, and scraps of paper containing fragments of the script for the show.
Pete showed me much of this stuff when I was a kid. I knew exactly what it was when I found it.
His stories, and monsters like The Cone, and The Merranium were as much a part of my childhood mythology as Frankenstein, or Godzilla.
But like the hills that Pete so loved, only remnants of The Lost Era show remain. The best of the paintings were long ago sold off in shopping mall art shows.
Fortunately, some parts of the Puente hills in Whittier, and La Habra have been set aside as a Wildlife Preserve, and are managed by Habitat Authority. Ironically, Pete’s passionate crusade to save the hills had nothing to do with it. 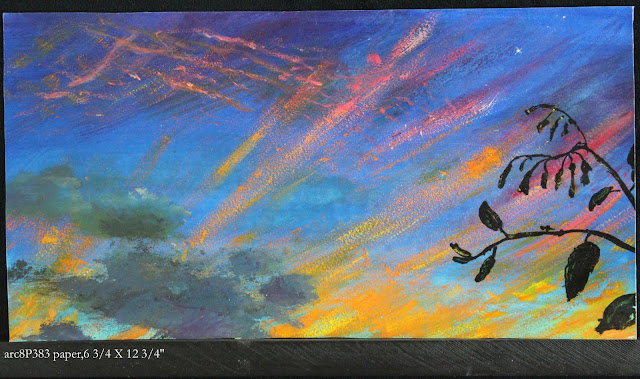 La Habra today, is one more traffic choked square on a street map. Just as the groves fell to housing tracts, the old  neighborhoods are falling rapidly to ugly, high density projects.
The huge buildings are owned by corporations. The tenants own nothing. Their roots can go no deeper than next month’s rent check.
The Heights is a refuge for the very wealthy. One by one, new lots are being carved out for new construction. The old homes are being torn down, and replaced with grotesque mansions, often built to within inches of their property lines. Each new dwelling competes with the others to see which one can most violate the countryside which surrounds them. 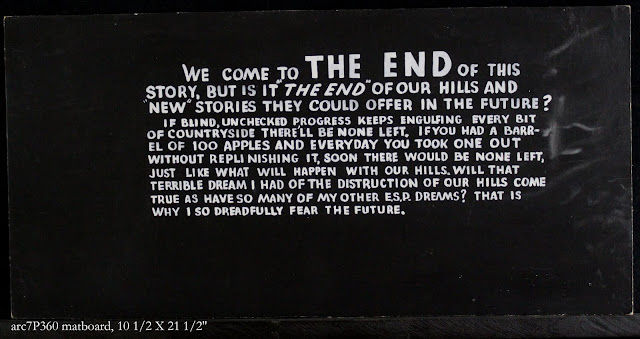 But lamenting that which is gone is a sad business.  For now, let’s leave the present day, and its troubles behind us, and pay a visit to The Lost Era. Through Pete Hampton’s art you will get an intimate look at one of the untouched pastoral corners that remained in mid-century Southern California.
You’ll get a look into the strange world of this most eccentric genius, a world of breath taking beauty, and gut wrenching horror.
So let us begin

I would love to meet over coffee and chat. I met Pete years ago on a hike in Whittier hills. Please email me at platingservice@yahoo.com
Brian