I never found out what all of those strange noises were. As I got a little older I began to understand that these were just bad and ridiculous dreams. By now I had fallen in love with these hills and orchards. I enjoyed walking in the orchards and learning about the wildlife in them. 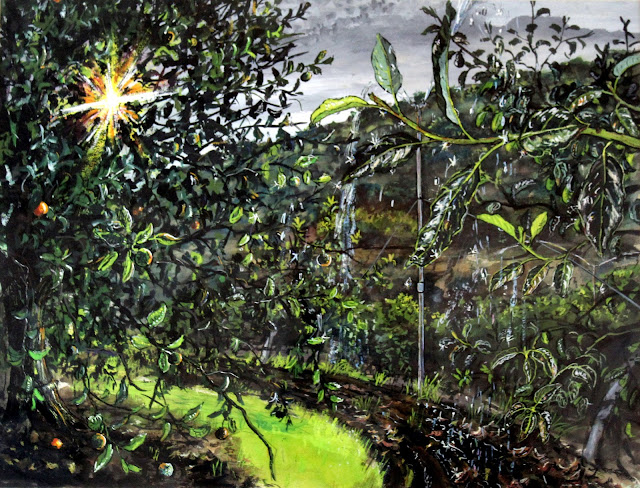 The anise field down the road was a paradise. The stalks had a licorice flavor. It was home  for many kinds of insects including dragonflies. They are very fascinating, and don’t sew up peoples’ lips, or sting. 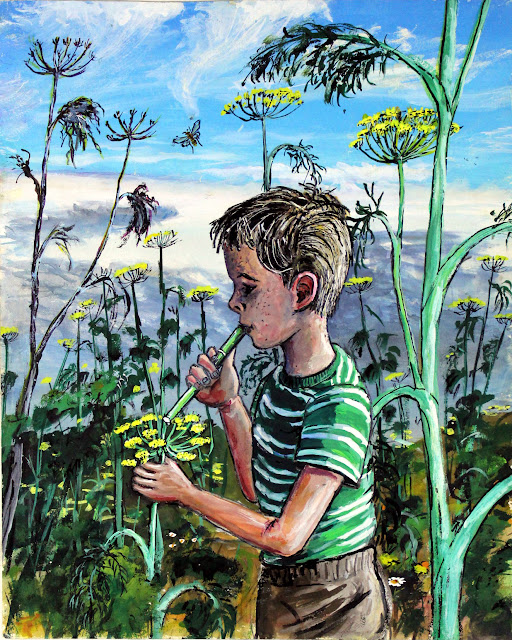 Suddenly, I saw what at first looked like a bumble bee down by the nettle patch. No! It’s some kind of dragonfly. At that instant it passed into a beam of sunlight and lit up in a brilliant metallic blue like an electric spark in the shade. 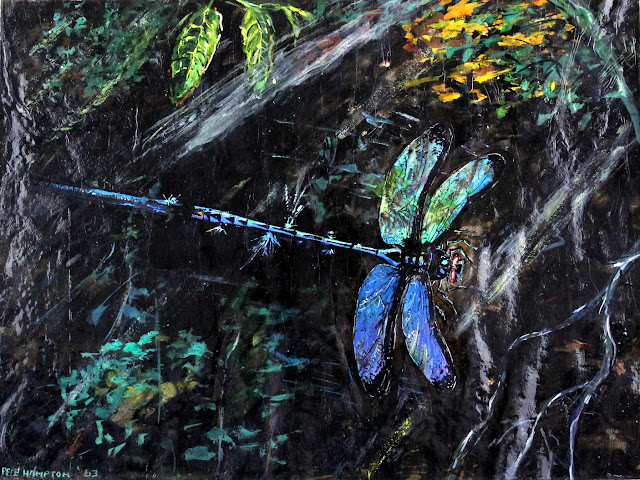 I tried to go after it, but it was much too fast. It seemed at ease as if it knew it were safe from my net. 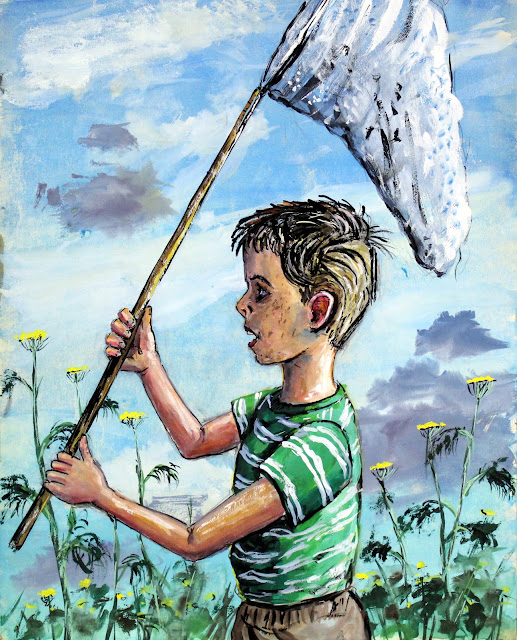 I thought that it might even possess a spirit like a human being, it was so clever. 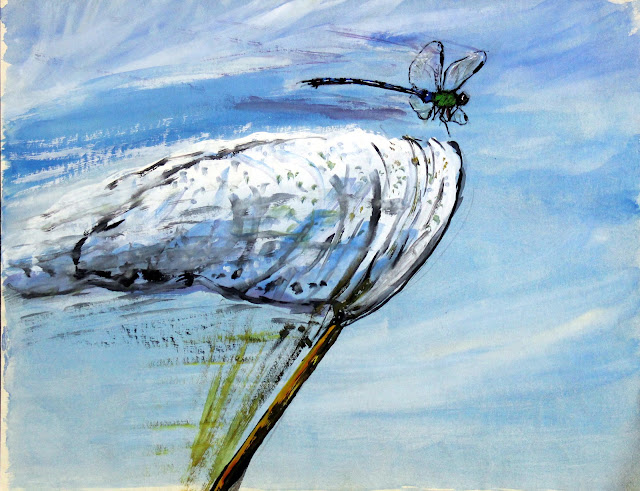 It shot up into the air and then darted down into the avocado woods again. It flew along the stream playing hide and seek with the sunlight, turning black again when it dove into the shade. 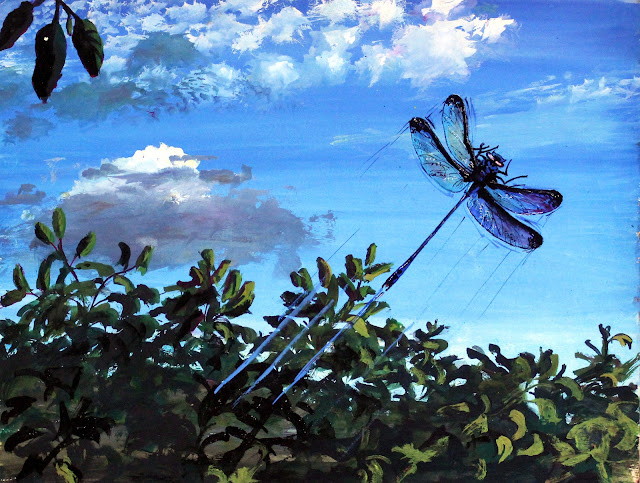 At that magic moment I spotted a dark metallic green one, most likely the female darting down at terrific speed. 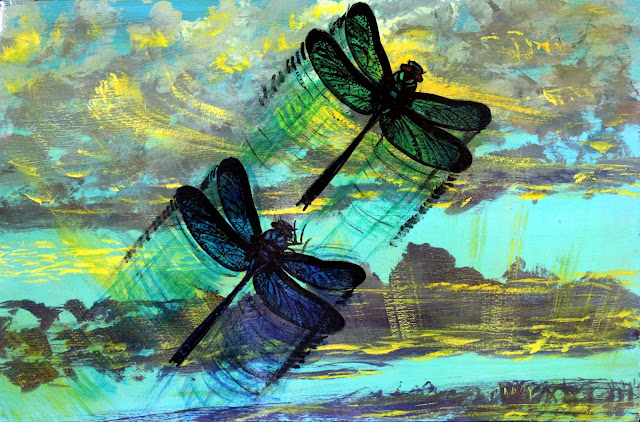 It must have been the courtship dance between the male and female. 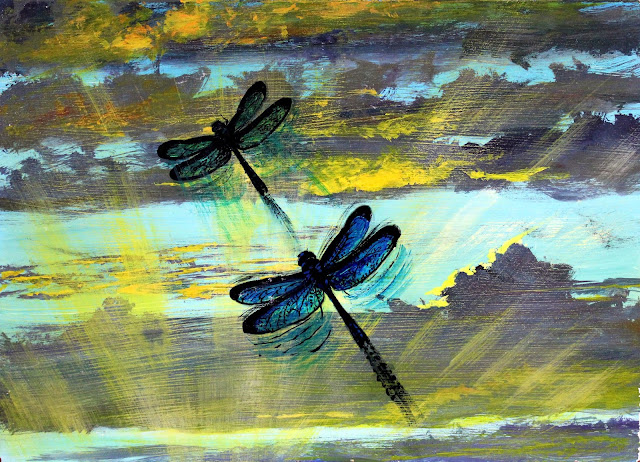 Both equally beautiful, the male chased the female to win her for his own in that split second of time. 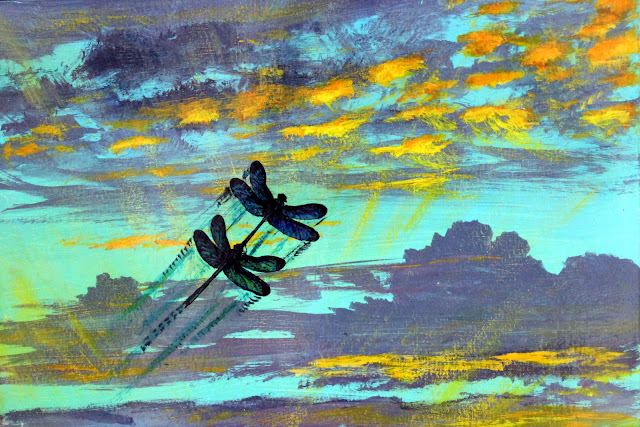 They seemed to be showing themselves off to Nature and to me. 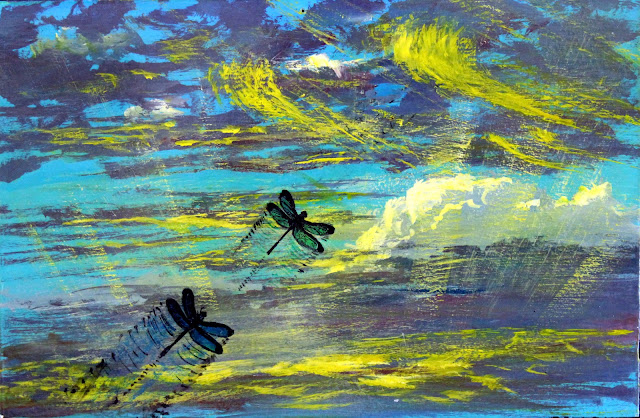 I wondered, then, why I had  wanted to capture anything  so rare and beautiful. 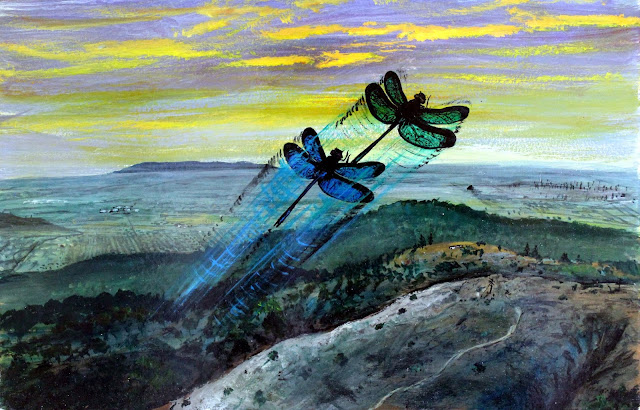 I never saw them again. 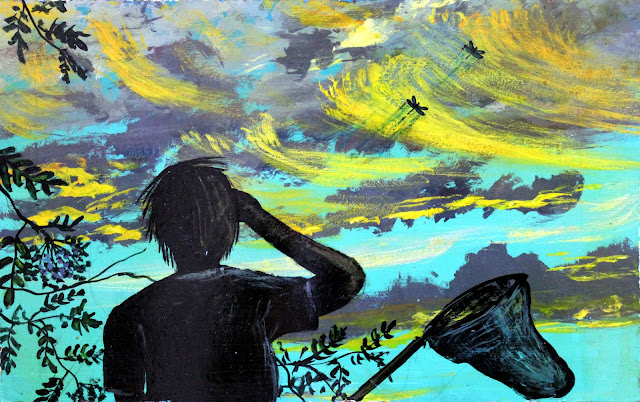 Next Story Seven: Was It A Dream?>