After Mother left the room, I stared, slightly gasping at the closet and four walls around me. At first there was nothing but blackness. 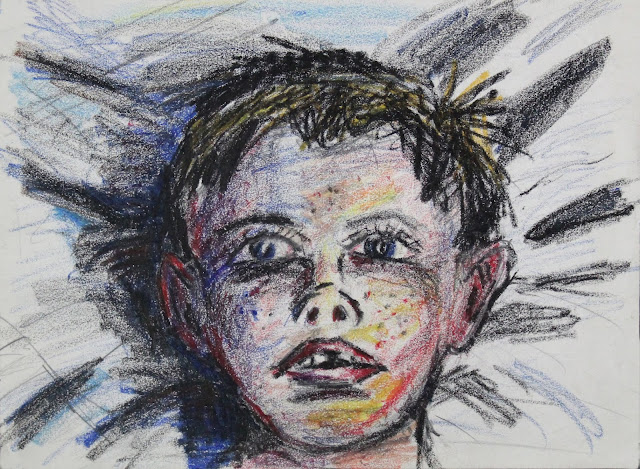 Then as I got drowsy, I suddenly I felt as if I were weak, and floating on my back. 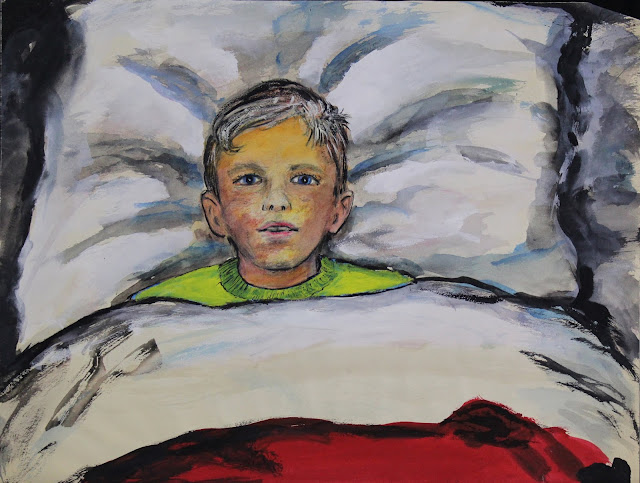 Then the bed began to rock gently back and forth and lift up on end from the foot. I almost enjoyed this strange sensation in my half asleep state. 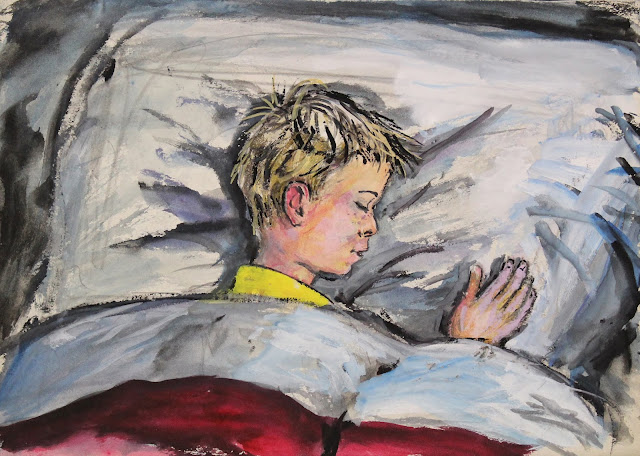 Dreams come on in strange ways and for a second I felt as if I were being flushed down the toilet like a helpless spider. 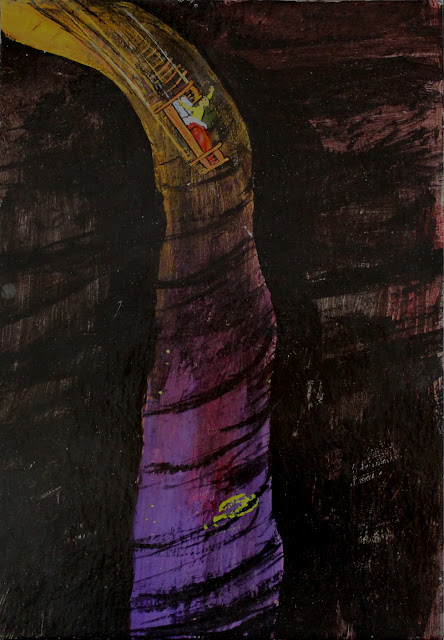 I heard a voice yelling, “Help!” as if drowning… 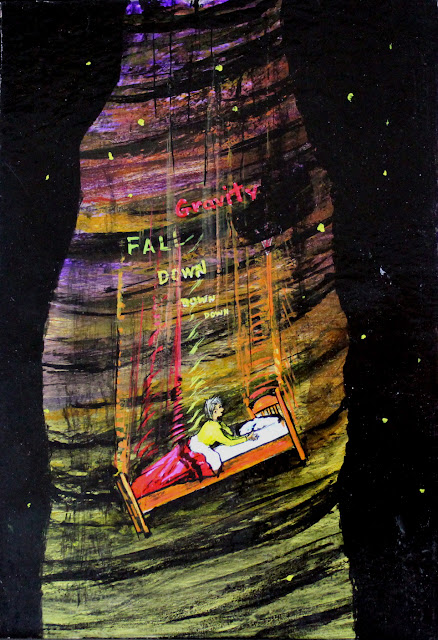 ... and then I came out the sewer pipe into a ditch under the bamboo. My grandmother had warned me not to go near that ditch because the fat, dirty Boogey Man would get me… 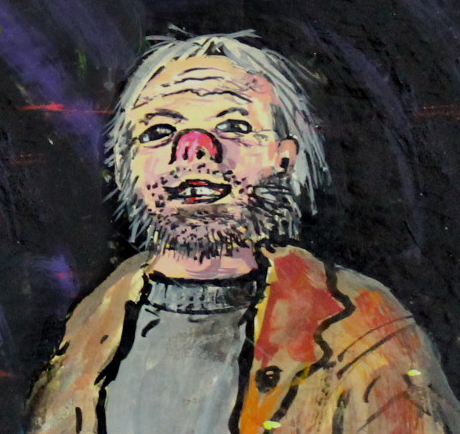 …or I would fall down a deep dark hole. 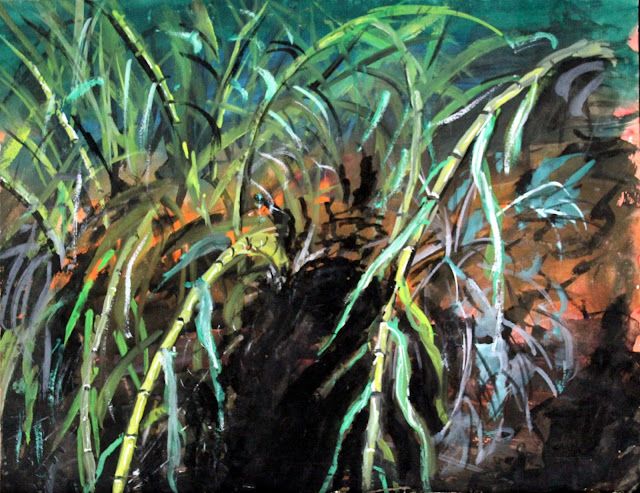 And the bed kept rocking back and forth, and turning over and over, very slowly going down that deep dark hole. 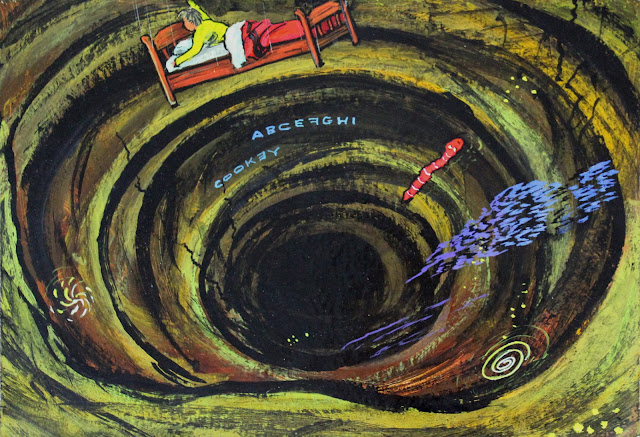 As I kept sinking down I noticed crazy little artwork and scribblings on the walls of the hole. There was an old car and other silly things. 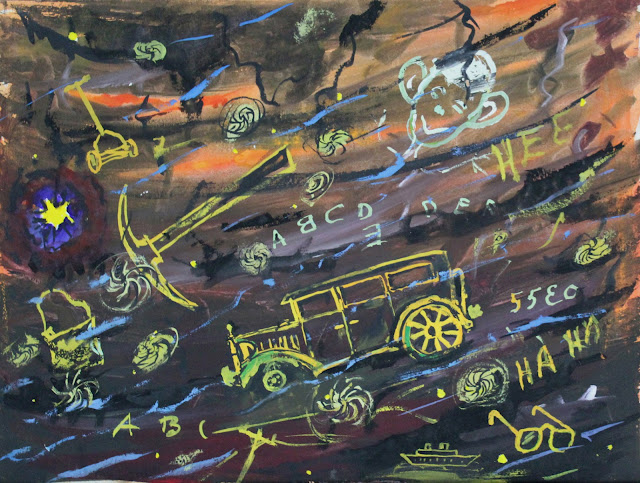 Further on there were a lot of ridiculously funny faces staring at me and laughing. 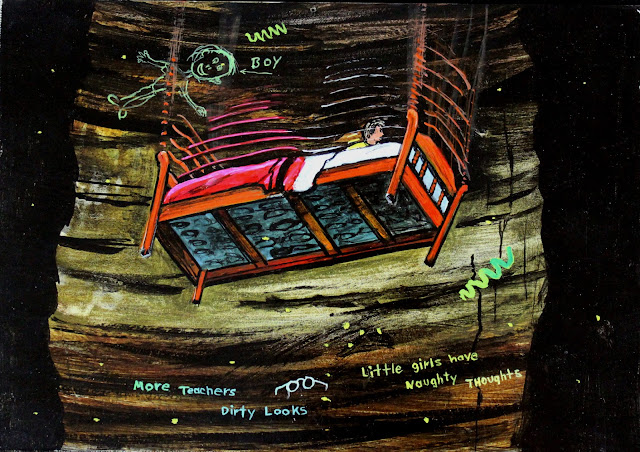 But later on they seemed to enjoy tormenting me. 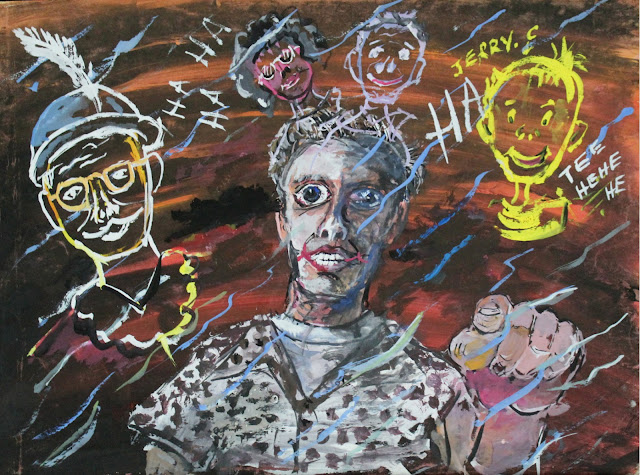 Soon I was at the bottom of the hole in a dark cave. 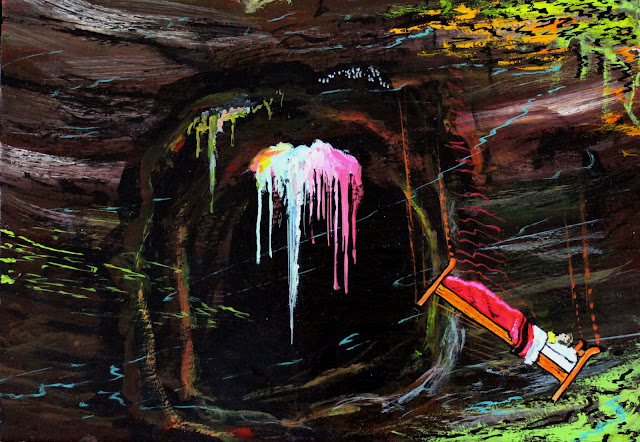 Haunting eyes peered at me in the darkness. 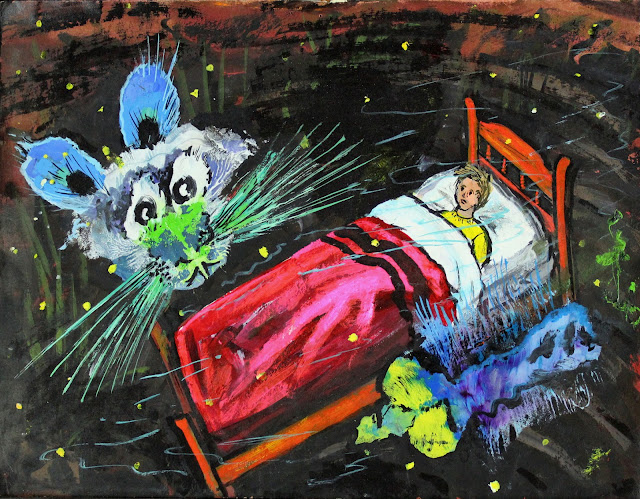 There were spiders in webs and one in a jar bursting the top open. 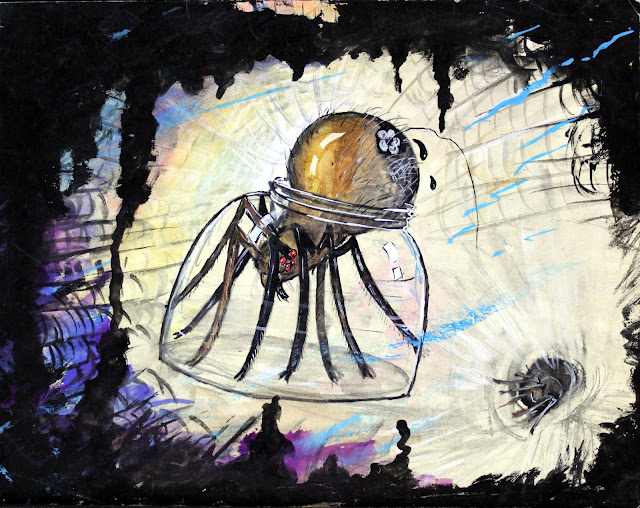 There were also headless lizards and snakes crawling over the bed. 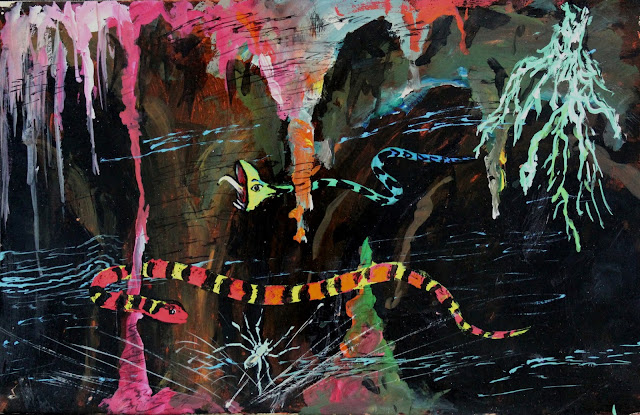 The cave got darker and smaller… 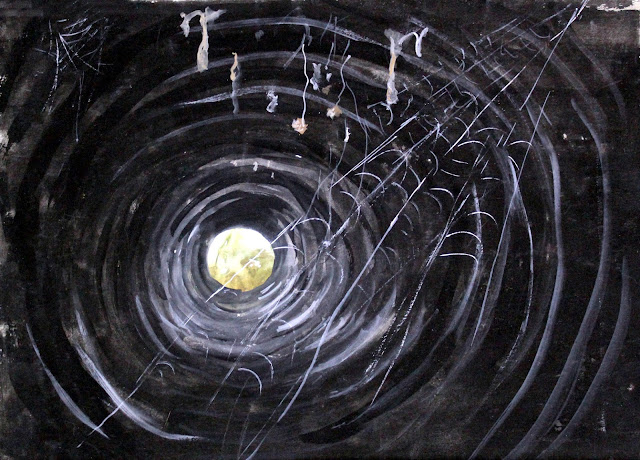 …and I wormed my way up to the top. 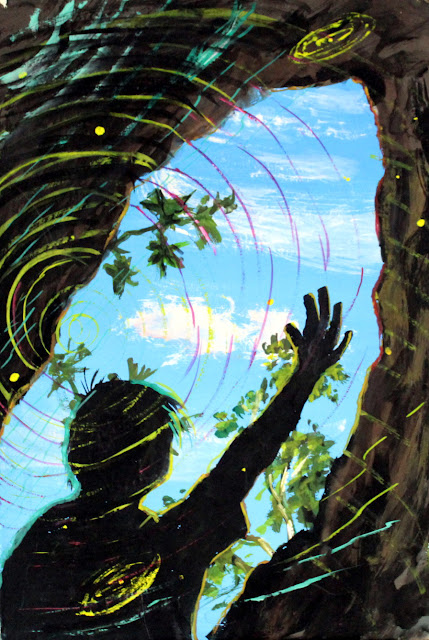 … and discovered that I was over at old Lowell School, an unpleasant place of my childhood. In waking life, a group of bully boys gave me a nosebleed. Mommy was talking to the teacher after school to see if I’d been a bad boy, and run out of the classroom. My great grandmother was in the back seat waiting, unaware that the wheel of the car was overhanging a deep crater. I felt temporarily relieved to see her. 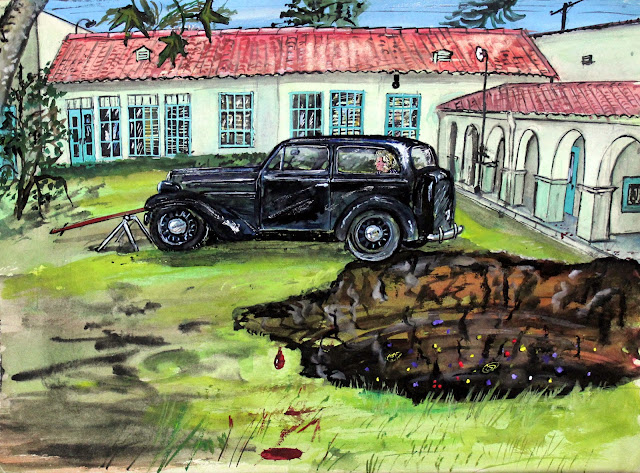 I yelled for her to see me, but like in all dreams she didn’t seem to hear me. I tried to reach her, but then suddenly I tripped and fell down that deep dark hole again. 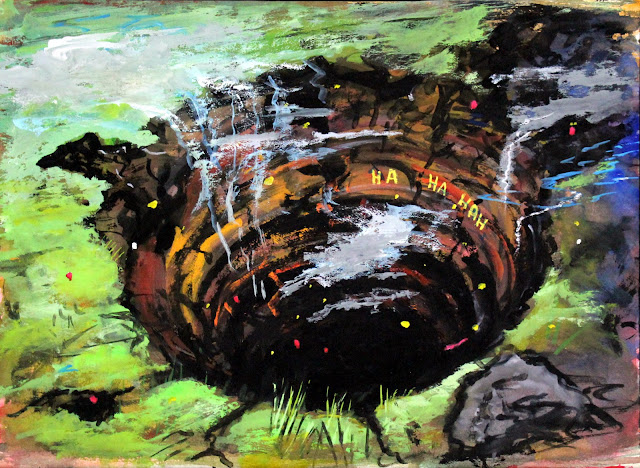 I screamed on the way down. 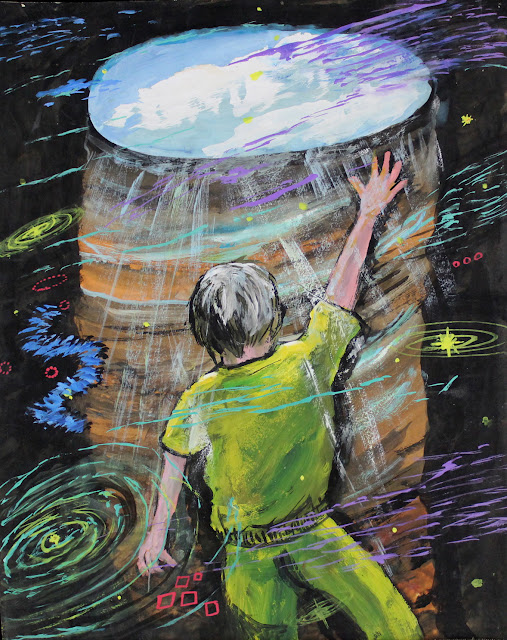 I saw the strange engravings on the walls of the hole as I fell. 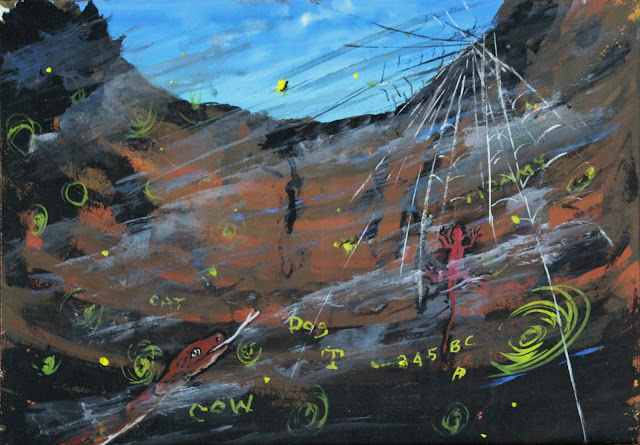 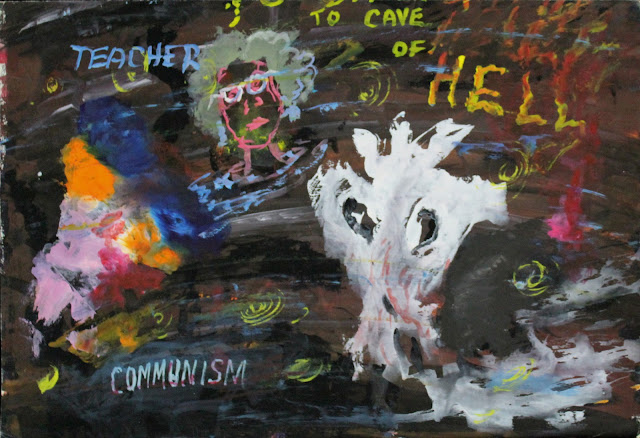